Making a house a home does not, I repeat, does NOT have to cost your firstborn child! When I moved into my husband’s home after we married, I made a list of several things I wanted to change. Don’t get me wrong… for a bachelor he did an awesome job creating an environment for himself and other guys to dwell together. He was great about buying those “staple” items, like couches, beds, etc. But, the style of the decor was      not the same as my style (love you, babe!). ;) I was so overjoyed and super grateful when he told me that he never wanted to pick out another curtain, pillow or towel set again. Ever. It was like Picaso being handed a blank canvas to just create, create, create. Thrilling!

In our bedroom, one of those “staple” items my husband bought was a bedroom suite complete with two nightstands and a dresser. Good job for a single guy! Solid wood, black finish, perfect to start creating a home together. Though I have plans to change the look of the nightstands, I’m pleased with their size and shape for the time being. However, I hunted and hunted, seeking to find the perfect lamps to adorn said nightstands. My search went on for months. I would even buy lamps, keep them atop the nightstands for a few weeks, determine they weren’t quite right, and then return them. Thus, the hunt continued.

Then, one night while out with Cyndi, one of our “kids” (she’s only 11 years younger than me, but we consider her our daughter!), one of the greatest deals in history made its appearance! Cyndi was wanting my help with decor for her new apartment. Since Cyndi was on a budget, and since I’m a bargain girl, Goodwill was our first stop. We wandered around the fairly newish Goodwill store looking for anything that would suit Cyndi’s apartment. As we walked along the back wall headed towards the lamps, I spotted them. But as I said, this was Cyndi’s shopping trip. I was simply there as a help to her. Did my eyes deceive me? Could it be? Were these the beauties I’d been pining away for all this time? I had all but given up on my quest, so what a surprise that while I was out searching the world, the perfect lamps were waiting for me here at Goodwill! Maybe it was the glazed look in my eye, or maybe it was the way I was clenching tightly to the lamps, but somehow Cyndi sensed my love for these beautiful, long-awaited treasures! And, they were just $8. Let me say that again. THEY. WERE. JUST. EIGHT. DOLLARS. The hunt was over, and all became well with the world as I placed them in their new spot in our haven.

Finding that perfect something might take a little time and effort, but in the end it is totally worth it. And, checking out places like Goodwill, Bargain Hunt, thrift shops, etc., do not disappoint. Happy hunting! 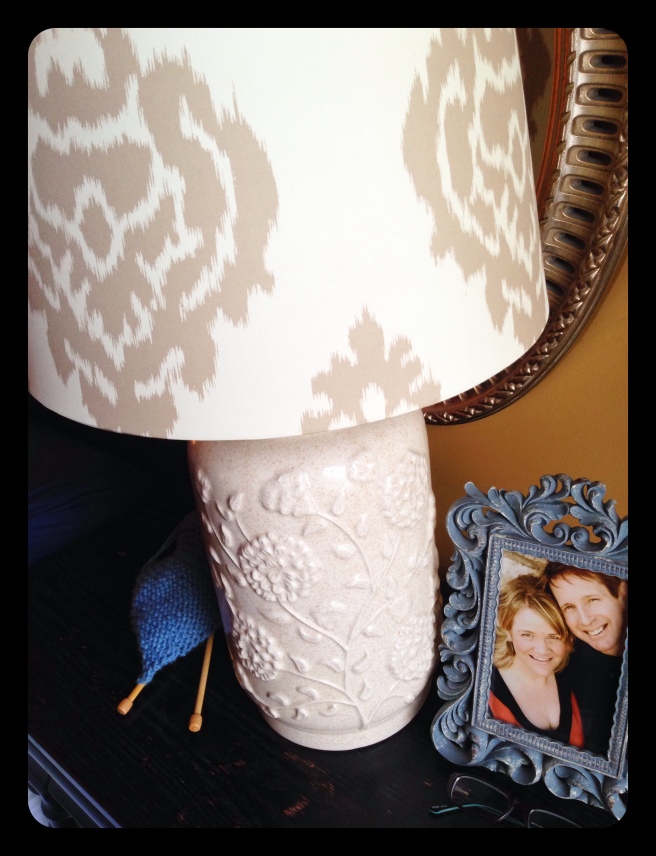 But we have this treasure in earthen vessels, that the excellence of the power may be of God and not of us. | 2 Corinthians 4:7

View all posts by Ronda Waters