Roman numerals. Who knew they’d come in handy at least once a year around Super Bowl season?!? XLVIII = 48. And, lest you think I’m a Roman numeral expert, I had to look it up here. As I was researching these fancy numbers, I suddenly had questions. What’s the deal with Roman numerals today? Do I need to brush up on my ancient numeric history? Will Roman numerals make a come back like skinny jeans or bomber jackets? Although these questions are somewhat silly and insignificant, it did take me on a mini-journey through Google-land, and here’s a few little tidbits I discovered along the way (thanks to The Math Dude).

Back to the BIG GAME coming up on February 2, as I’ve said before, I’m not a huge football fan. However, I do love a good super bowl party, watching the game with lots of people, lots of good food, and lots of fun decorations. So, to help YOU get your game on and make your party-people ooooh and aaaah over your superb super bowl party planning skillz, here’s some great free printables for you (just click on the image below!). Here’s to Super Bowl XLVIII! 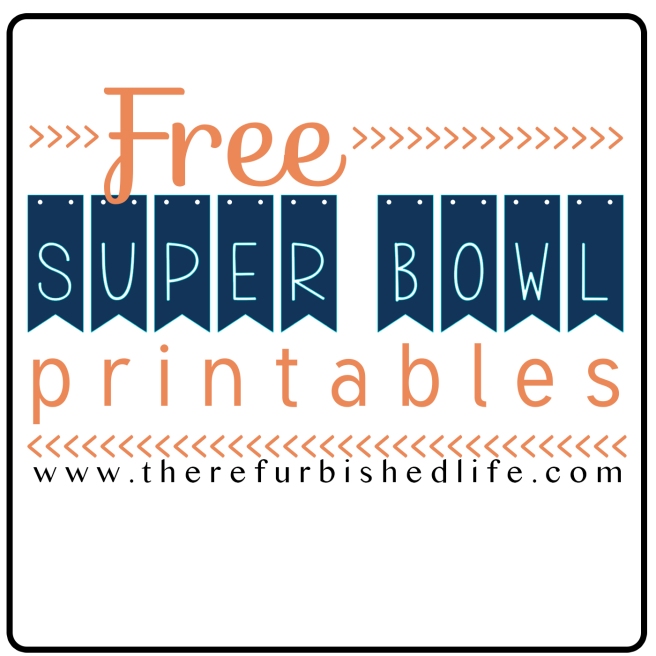 View all posts by Ronda Waters